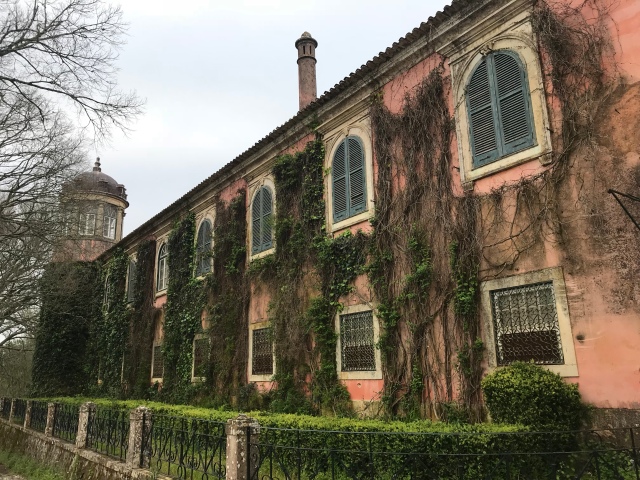 The weather forecast for today was showing the image that strikes dread into most walkers: the notorious ‘black clouds with two rain drops’ icon. But it also suggested it would be dry until around 10am, so I headed off alone just after seven this morning, and walked my socks off, not stopping until I had an early lunch 4.5 hours and 20km later. Mother Nature (aka sheer blind luck) rewarded me by not raining until the final 4km of my walk; it started to fall hard and fast as I arrived into the old town of Tomar. 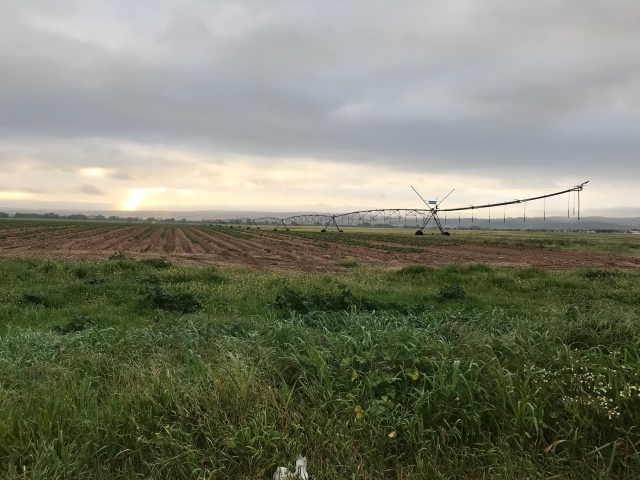 My guidebook describes Tomar as being ‘the quintessential medieval pilgrim town’, as well as having ‘the most perfect examples of Templar layout and architecture to survive to this day’. I can vouch for the fact that I passed some truly incredible buildings on the way to my hotel, but if I’d attempted any photos my phone would have drowned in the attempt. If the rain ever stops (and right now I am giving serious consideration to signing up for an ark-building course) I’ll try to get some pictures before I leave.

I really enjoyed today’s walk. Thanks to the power of Nurofen, the muscle pain in my left calf that developed yesterday afternoon largely cleared up as I walked, leaving me to enjoy a hike that was predominantly free of traffic. Once I figured out how to leave Golegã (where plastic bags full of freshly baked bread rolls hung on people’s front doors, ready – I assume – for their breakfast), the route took me along quiet country tracks and lanes to the faded grandeur of Quinta Cardiga, an estate of beautiful but seriously dilapidated old buildings (on the outskirts of Vila Nova Barquina) which have variously served as a royal palace, pilgrim hospital, and home to nobility. It’s a grand old place, right on the Tejo river, and deserves some serious love. From there the Portuguese Way finally hit some hills, albeit small ones. An hour or so of woodland walking took me through the hillside village of Grou and down to Asseiceira, where I stopped to eat next to an out of use fountain. Then it was a quick trot down the side of a fairly busy road before a pleasant walk along the railway line that goes into Tomar. The rain really started to fall just before I got to the outskirts of São Lourenço, where a monastery was built to commemorate an an important battle from the late 1300s that establish Portugal’s independence from Spain. I’m afraid my interest in a hot shower outweighed any desire to explore this significant historical site in more detail, even though the victorious Portuguese king was married to a Lancastrian lass called Philippa. Must. Try. Harder… 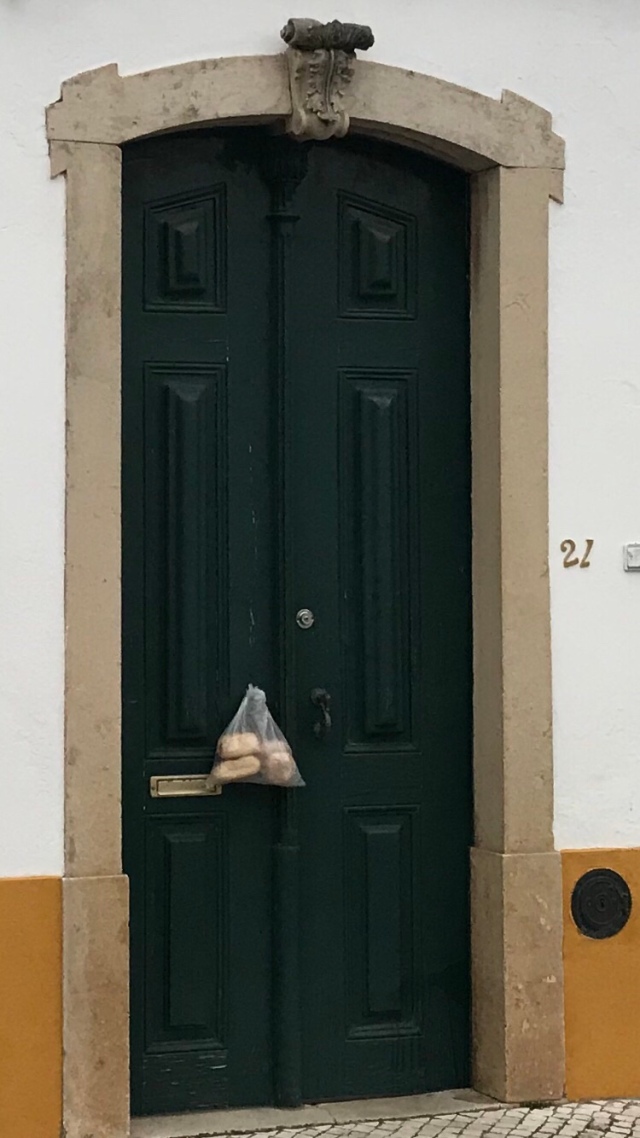 3 Responses to The Portuguese Way, Day 5