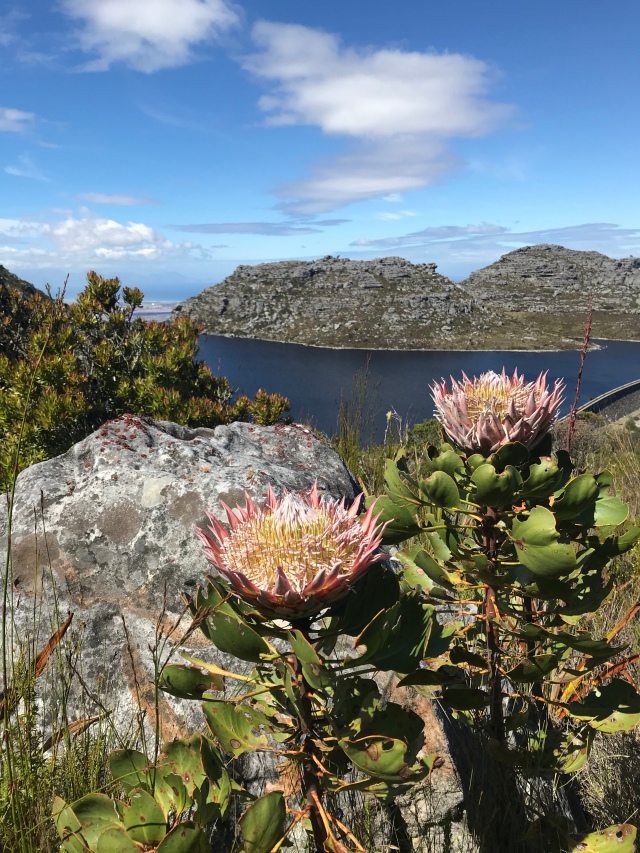 It’s not often that a walk starts with white water rafting on the Nile, but in the case of today’s hike it did. Or at least, that’s where I sourced my great local guide from! When we met in Uganda, Ghalied foolishly told me he was from Cape Town, and that he likes the odd walk or two, and as I was flying home from his beautiful city, I enthusiastically requested his contact details. Seven weeks later, the poor/lovely bloke found himself giving up his Sunday to walk this random English woman up Table Mountain… and what a wonderful final African walk it was for me.

The weather wasn’t too promising to start, with much of the mountain covered in cloud. Until we got up to the beguilingly named Tranquility Cracks, it looked like me might have to abandon our plans to climb to the top because of poor visibility. Fortunately, our arrival at the viewpoint (where a very early lunch was hungrily consumed) was quickly followed by the swift disappearance of the clouds. Ghalied was patience personified as I ‘oohed’ and ‘ahhed’ my appreciation of the flora and fauna (reputedly, there’s more variety of species in Table Mountain National Park than there is in the whole of the UK, and from where I was looking it appeared to be a believable statement) and general beauty of it all as we made our way gradually upwards. I’ve been to the top of Table Mountain before but time constraints meant I took the cable car. I thought it was wonderful the first time but walking up there and seeing the scenery change around you is a whole other ballgame of fabulousness. 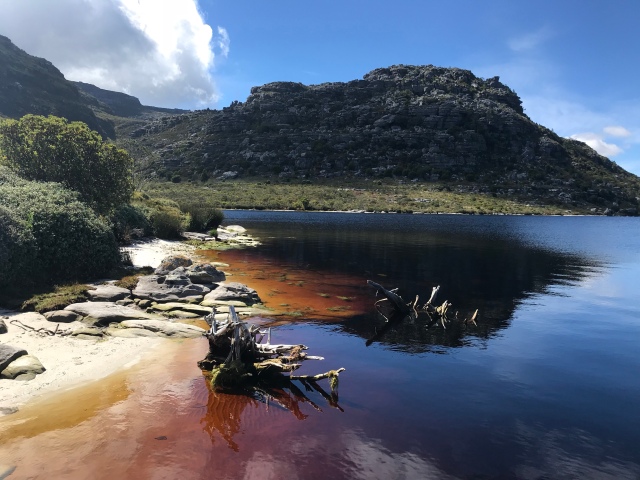 There are a number of possible routes up to the top of Cape Town’s famous mountain. Ours started from the Theresa Avenue access point of the Pipe Track, which we followed for a bit before heading up towards Echo Valley via Corridor Ravine, Tranquility Cracks and the Hely Hutchinson and Woodhead Reservoirs. From the valley (which is nestled between the upper and lowers ‘tables’/flat bits of the mountain), we walked up to the Maclear’s Beacon, at 1,087m, it is the high point, before skirting the steep sides of Table Mountain, finishing our walk at the slightly lower (1,060m) cable car station. It took us six hours to summit and a mere five minutes to ride back down! As you can hopefully tell from my hastily snapped photos, the rock formations, plants and even the drying out Woodhead Reservoir (Cape Town is in the midst of a serious water shortage) ensured this was a truly beautiful walk, while Ghalied provided the brilliant company. An ace day, and a fitting end to my two month long jaunt in Africa. 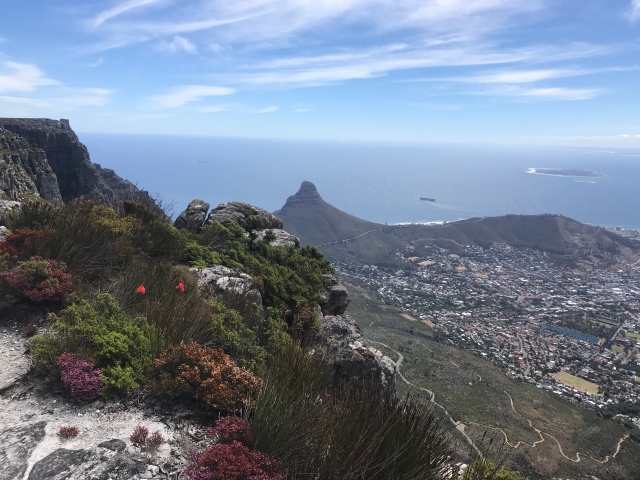