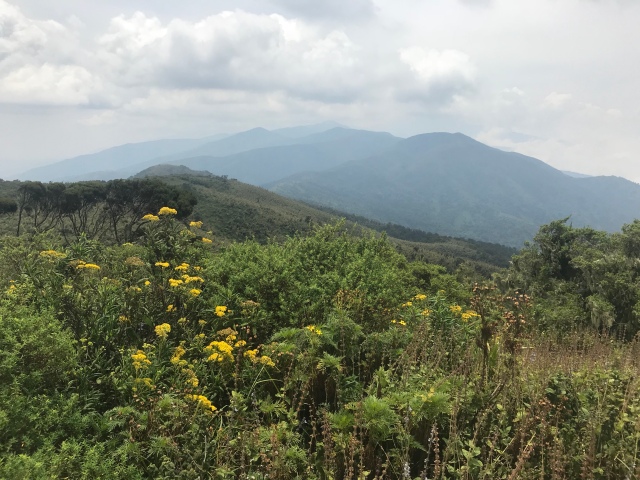 Every now and then* a walk comes into your life that is so brutal you need a couple of beers and a good lie down before you can talk about it. Today was one such day.

(*actually it happens a lot)

The Lonely Planet guidebook tells you that the Rwenzori mountains in western Uganda are amazing. But also – if you do the six day walk – the hardest trek in East Africa. ‘Ah ha’ thought I; ‘I can get around that one. I’ll just do a day walk. How hard can it be?’. The answer, it turns out, is pretty bloody hard. 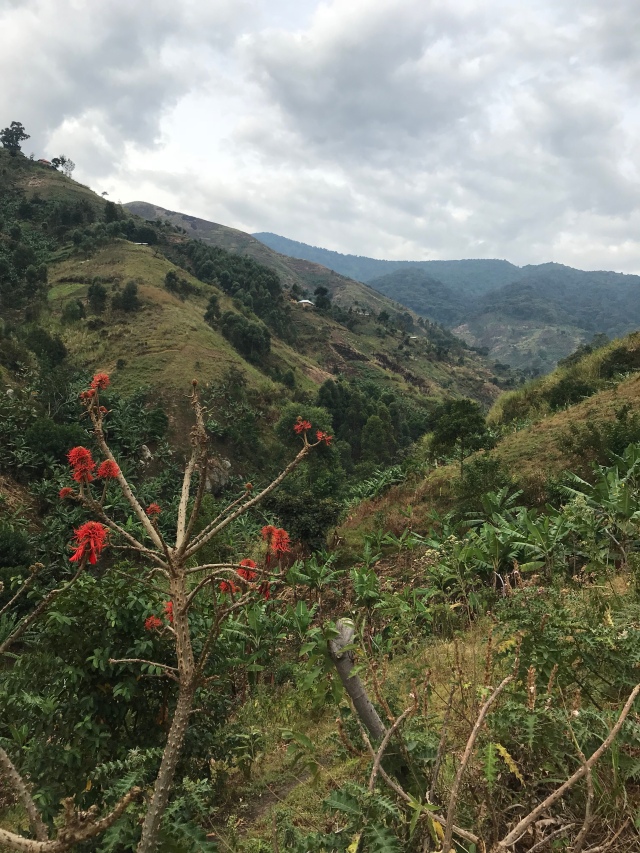 That said, and tired limbs aside, it was a stunningly beautiful walk, with views that seemed to go on forever – or at least to the border with the Democratic Republic of Congo. Tiny purple butterflies filled the air. The forest gave way to bamboo (which also provided me with an invaluable temporary walking stick on the way back down), which in turn gave way to a Ugandan version of Spanish moss filled trees, before finally (after five hours of walking relentlessly upwards) hitting Karangura Peak – the 3,012 metre highpoint of the day’s walk.

It quickly got chilly up there, so after a short lunch it was time to head back down via a different route. I could always see the village I was walking towards… and it kept on looking as if it were in a land far, far away. Nothing like two and a half hours of continuous steep descent to give those toe nails a run for their money. I doubt I’ll be in possession of a full set this time next month. Still, three litres of water, two very hot feet and one sweaty, sticky climb later (plus a lovely hot shower and a couple of beers later) and I’m ready to proclaim today’s walk as fantastic – but not for the faint hearted. Especially as the park guide who led the walk came equipped with his rifle and 30 rounds of ammo… 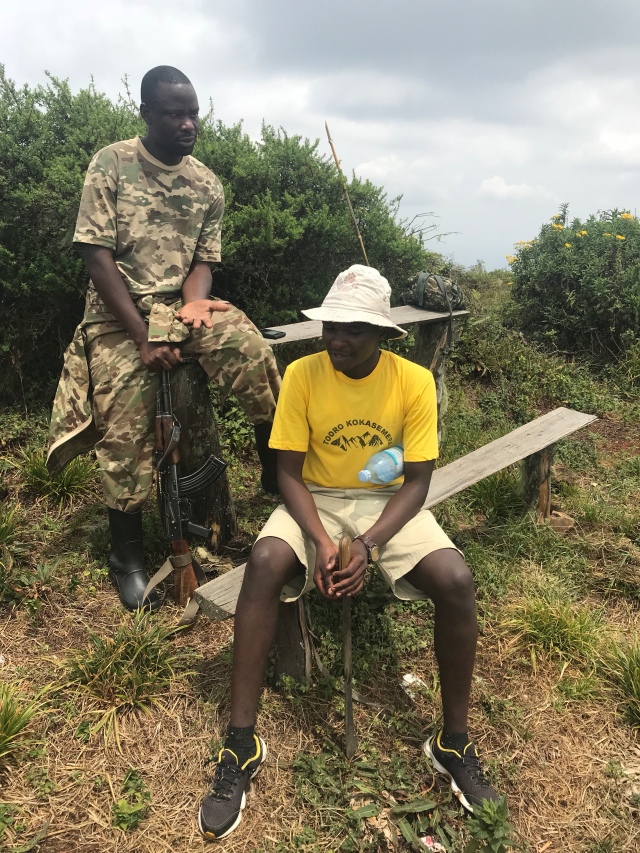