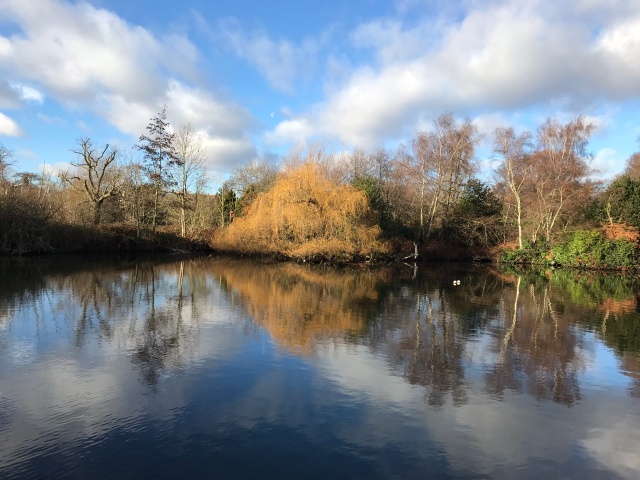 It was, by London standards, freezing today. But there was also a beautiful blue winter sky and some of the finest walking in London – including Europe’s largest urban park (nope, I didn’t know that about Richmond Park until today either).

Today’s start was the most convenient one I’ll get on the Capital Ring – Crystal Palace is just a 20 minute bus ride (I could have walked, but bearing in mind it would have been on top of an already long walking day I decided to splurge on the bus fare…) away from where I live. 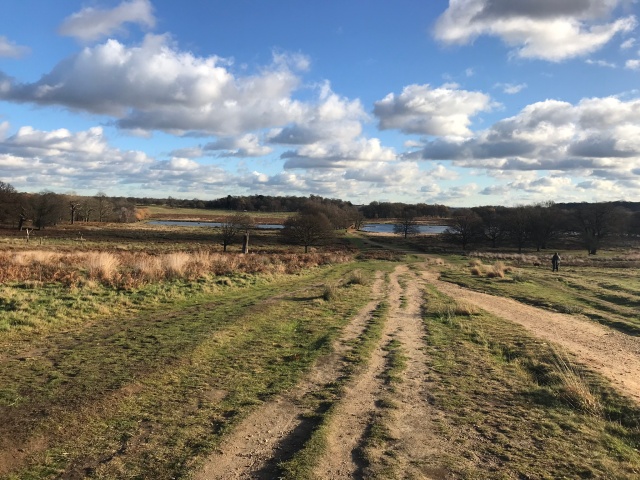 The other good thing about Crystal Palace is that it’s one of the best places in London for fantastic views of the city – a nicer starting point than the Woolwich foot tunnel on a grey and murky day. Streatham Common was resplendent in the sunshine, Wandsworth Prison (where Ronnie Biggs escaped from two years after being sentenced for the 1960s Great Train Robbery) was as forbidding looking as ever, and the windmill on Wimbledon Common seemed as incongruous as always. However, for all the interesting things you pass on this section, it really is Richmond Park that wins all the awards; beautiful scenery, some ancient trees (over 700 years old) and lots and lots of deer. So many, in fact, that there were signs up at the entrance warning of the ongoing deer cull in the park to keep their numbers down. Can’t they go and work for Father Christmas instead? I know they aren’t ‘quite’ reindeer but their antlers really are VERY impressive!