After a barn-storming success of a breakfast at the Lister Arms in Malham, we set off in strength from the village: six of us – Peter and Colin, plus their friend Terry, Chris, Annette and me – looking like a cross-generational, ‘plus one’ version of Enid Blyton’s Famous Five. Sans the lashings and lashings of ginger ale (which Chris drank yesterday instead) and Timmy the dog, or whatever the heck he was called…

I hate to sound repetitive, but this was another great day of walking, with a couple of Pennine Way ‘highlights’ thrown in for good measure. You quickly hit the first – the limestone glory of Malham Cove, which was followed by an ascent up to Watlowes, a limestone strewn valley. The climb up is described in my guide book as hard work, but frankly, it’s easy peasy when you’ve spent much of the winter doing walking weekends along the lung-bursting, thigh-thumping South West Coast Path. Malham Tarn lake made a nice change from the reservoirs we’ve grown used to, and before we seemed to know it we were walking towards the foot of Pen-Y-Ghent, one of Yorkshire’s ‘three peaks’. Photos at the summit were quickly followed with a stomp down the other side (in the rain) to the village of Horton-in-Ribblesdale, where my irritation at the number of ‘don’t do this & don’t do that’ notices at The Crown pub was eased by a few pints, the arrival of our guest star, Eleanor (‘playing the Pennine Way for four nights only’…) and a none too shabby steak dinner in good company.
The Pennine Way rocks. And not just in a Limestone kind of a way. I am having a marvellous holibobs.

Photos:  Top of Malham Cove / view looking back from Pen-Y-Ghent / five of the infamous six at the summit of Pen-Y-Ghent / the approach to Horton-in-Ribblesdale 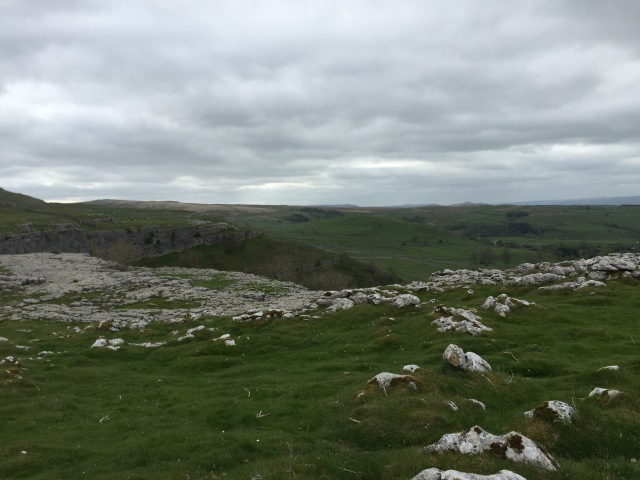 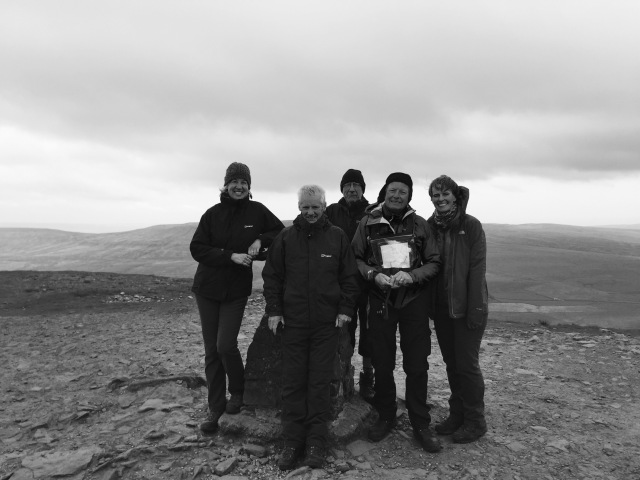 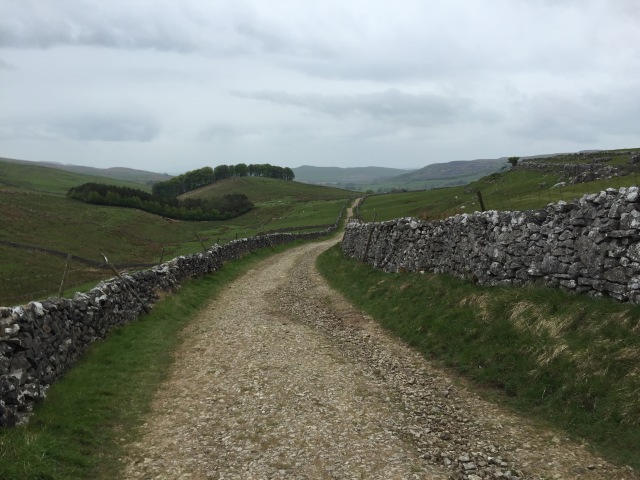