After yesterday’s efforts this was a nice straightforward day where, despite its short distance, my legs would have struggled to walk much further.

Having been dropped back off on the trail, we headed straight back up hill towards Springhill Farm, and walked for a while with a man called Jim from Portland, USA, who was in the midst of an entire month of walking around Wales and the Welsh/English borders. In fact, the combination of it being a Saturday, the good weather and the pretty scenery meant this was only the second day on our trip where we saw plenty of other walkers out – the first being back on the section from Bodfari to Clywd Gate, all those footsteps ago…

It was blissfully easy walking, largely along clear farm yard tracks, often with the remains of Offa’s Dyke running alongside it. Having not started until 10.40 we were finished and in Knighton for 2pm, so we popped into the Offa’s Dyke centre, based in Knighton as it’s the town closest to the halfway point of the route. Annette bought us both Offa’s Dyke themed tea towels, which I am most excited by!

The last bus of the week (4pm on Saturday – next bus on Monday morning!) took us from Knighton to Kington, where accommodation shortages on route meant we had to stay for two nights. On the bus it occurred to Annette that our new walking buddies Peter and Stewart were likely to be in town that night. They were! We had dinner, reunited Peter with his glasses that had managed to cover most of the route in a tag team of different hikers, and received an invitation to go walking with them in the Lakes; an offer we will most certainly be taking up. 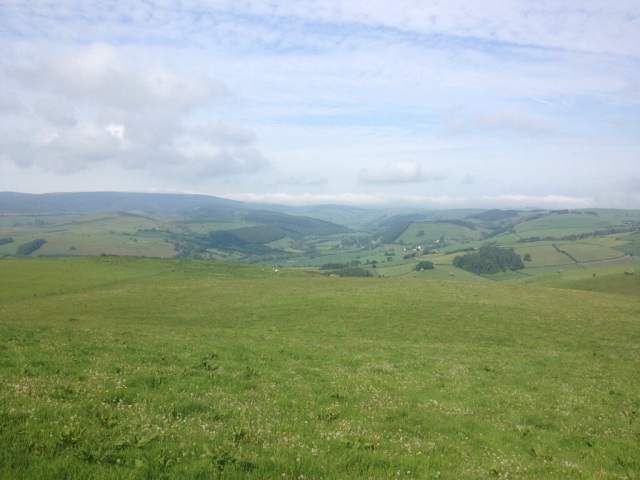 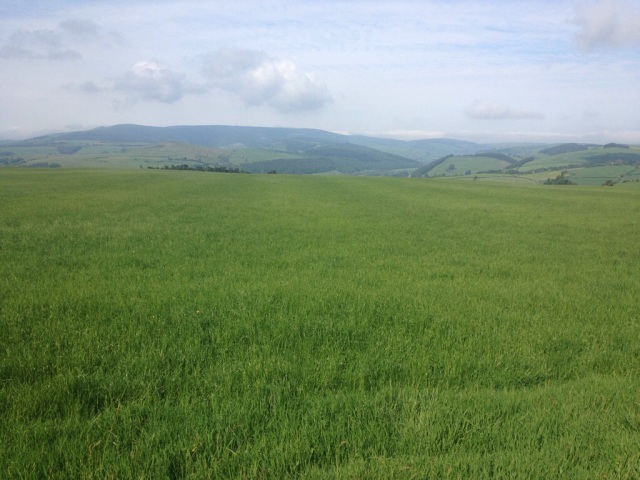