When – 14 May 2013
Where – Danby Wiske to Osmotherley
Distance – 12 miles
Walking with – Annette
Home for the night – Osmotherley YHA
Weather – Essentially Dry. That cold wind is still around though. And the rain? It’s heading back my way…

Today I walked between my two favourite place names of the walk, Danby Wiske and Osmotherley, as I traversed (perhaps an over-dramatic word for 12 miles of flat walking, but what the hell, let’s USE the English language) the second half of the Vale of Mowbray, which separates the Dales and the Moors.

What about those names, Danby Wiske and Osmotherley? Aren’t they glorious? Do I keep saying them in a ‘southerner trying to do a north eastern accent’ voice? I think you can probably guess the embarrassing answer to that particular question.

I’ll be honest, it wasn’t a massively eventful walk today and wasn’t the ‘hiking social whirl’ it often becomes. A lot of the people we’ve met along the way walked yesterday what we’ve done in two, and will finish the day before us. Even the Gang of 15, who we first encountered on Day 4, will leave us behind after tonight and finish on Friday, while others are taking it slower and finishing on the Sunday.

We did walk along with the big group for a while today, after they caught up with us as we were finishing an early lunch (scotch egg & pickled onion flavour Monster Munch. Food of the gods, I tell thee), but the dubious delights of a service station cafe (instant hot chocolate in a mug? Yes please!) just before the A19 proved too much for Annette and I, and we left them on their forced-march to wherever Geoff was taking them at breakneck speed today. Poor things had a lot of miles to cover and a coach pickup time that was, apparently, immovable.

Our walk today really consisted of walking past and through farms, with the occasional stile or railway line – and on one occasion, both at the same time – to break the monotony. We did stop to check out two churches today; the pretty one at Danby Wiske and one at Ingleby Cross which was closed but which appeared to have two bell ringing ropes in easy reach. It took every single bit of the little self-constraint I have not to pull on a rope and see what happened. I took a photo instead, a kind of post-Kodak World consolation prize, which I’m sharing with you below, you lucky things.

After that something odd happened, something we haven’t done much of for the past few days. We began to climb (as we made our way around Arncliffe Wood). Looks like we might do quite a bit of climbing at the start of tomorrow to get up on the moors. Which will be rather nice, as it’ll hopefully keep me warm in what’s supposed to be bucketing-down rain. Every cloud, silver-lining, blah, blah…

The 20 minute walk off the route to Osmotherley took us on part of the Cleveland Way (a national trail, unlike the Coast to Coast, which is, you know, just the most popular long-distance path in England, or something like that). So now I can say I’ve walked part of that one too. A whole mile of it, in fact. Super…

Osmotherley, by the way, is very, very pretty. 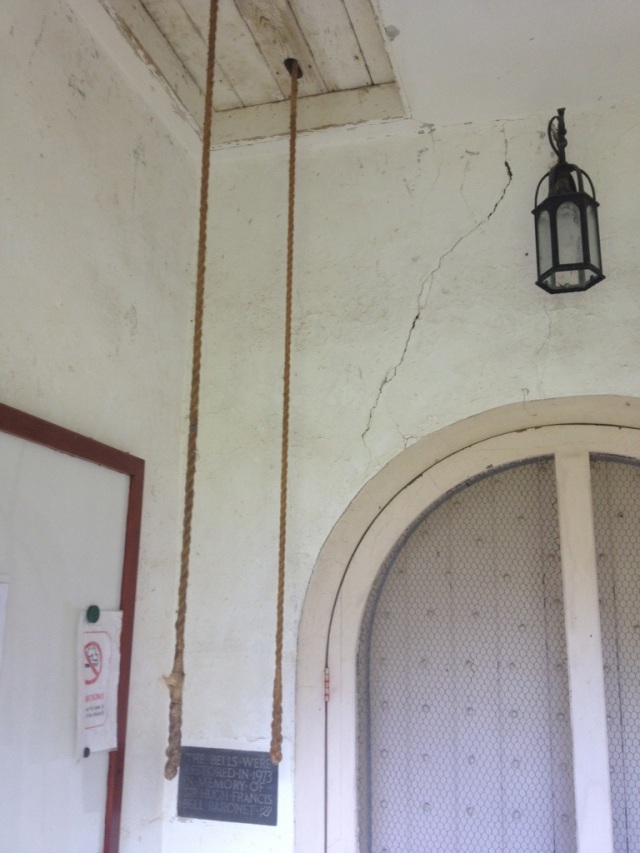 I love to explore countries on foot or by bicycle. An English woman, I moved to the south of Spain in September 2020 and I have dreams of encouraging more people to discover this amazing country by walking its various Camino routes. To date, I've walked the French Camino from St Jean in France, the Portuguese Camino from Lisbon (interior route, not coastal) and the Camino Primitivo from Oviedo. I have also walked a fair few long distance trails in the UK, including all of the National Trails in England and Wales, and a couple of long walks in beautiful Scotland.
View all posts by silkakt →
This entry was posted in Uncategorized and tagged Cleveland Way, Coast to Coast walk, Danby Wiske, Ingleby Cross, Osmotherley, Wainwright's Way. Bookmark the permalink.