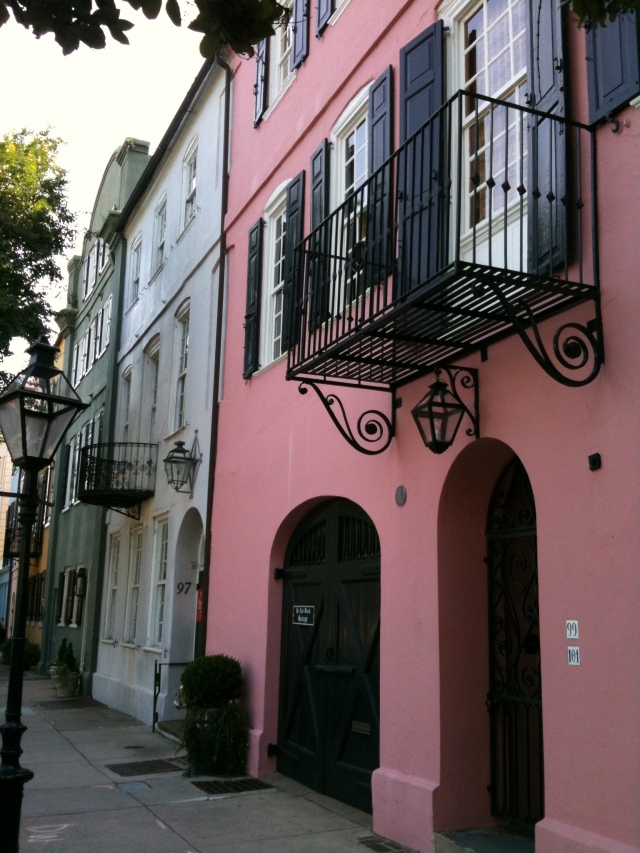 After yesterday’s mammoth cycling efforts, the thought of getting on a bicycle again today was not an alluring one. The route couldn’t have been easier – we just had to hit the #17 highway and just keep on going until we arrived in Charleston, but every mile seemed hard won, even though it was a much shorter day than yesterday.

Exactly 30 miles in, and half way through the Francis Marian Forest, the very conveniently located Bulls Bay nature reserve provided us with a great picnic spot and some free entertainment, in the form of a morbidly obese Chocolate Labrador which had managed to wrest herself lose from her owner’s grasp. In the end my conscience got the better of me and I helped in her capture, but I suspect I would have helped the dog’s health more by letting her run free!

The approach into the very beautiful city of Charleston was excellent, riding through the wealthy-looking area of Mt Pleasant (home to the USS Yorktown, a WW2 carrier, which was also deployed during the Vietnam War) and on to the fantastic Ravenel Bridge. I hate to sound like a transport geek, but the pedestrian / cycling infrastructure on this bridge is very, very impressive. And while the ascent felt a bit too much like hard work on such a hot day, the mile long decent, moving at 25mph or so was a great way to finish up the ride.

Two days off the bikes and the bar beckoned…