Walking and kayaking in the land of fire 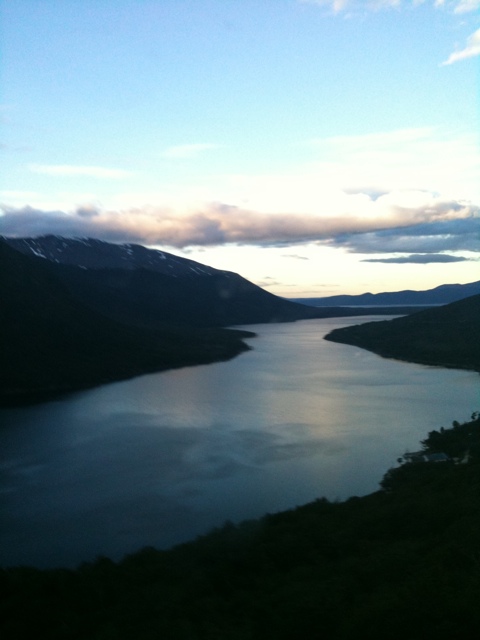 Walking and kayaking in the land of fire

Tierra del Fuego – literally the land of fire – is a very long way from anywhere. Located at the far south of South America and shared out between Chile and Argentina, it’s the departure point for people who have enough money to take a cruise down to the Antarctic. I am not one of those people.

Still, there are real old fashioned ‘romance of travel’ vibes attached to travelling to the far flung corners of the earth, and this is definitely one of those places. To get there we spent 18 hours on a bus to nowhere, also known as Rio Gallegos. Then we waited in nowhere for 20 hours for the next bus. And then it was just another 15 hours or so, including four lots of border crossing formalities and a ferry, and hey presto, we were there. On the return we flew. It took 55 minutes…

It’s just 12km from downtown Ushuaia to the Parque National Tierra del Fuego, so off for a walk we went. Now, the national park isn’t the most spectacular we visited in Argentina but it’s pretty, and the fact that it’s also a pretty long way from anywhere made for a nice, and memorable walk along the coastline and through the forests. And, most importantly for the purposes of this blog, we had a map – albeit a crappy one given out by the tourism office.

Much more exciting than our walk though was our sea kayaking trip with Daniel, an amazing bloke who has kayaked around Cape Horn in his time and has some mad-arse trip planned for Antarctica.

Now, sea kayaking in the Beagle Channel was something Will and I both said we really, really wanted to do. That and walk the Inca Trail. So when Daniel stood there surveying the wind and sky with a concerned look on his face, we were worried it wasn’t going to happen. Luckily the wind dropped and off we went from the shores right by Ushuaia town out to ‘Rabbit’ Island and the Beagle Channel itself. Within five minutes of starting my arms were tired – and at that point the wind was behind us! It was grey and cold and on our way back it started to rain. It was the most expensive thing we’ve done on this trip. And, I must confess, there was no map involved. But it was absolutely, truly, utterly wonderful.

I love to explore countries on foot or by bicycle. An English woman, I moved to the south of Spain in September 2020 and I have dreams of encouraging more people to discover this amazing country by walking its various Camino routes. To date, I've walked the French Camino from St Jean in France, the Portuguese Camino from Lisbon (interior route, not coastal) and the Camino Primitivo from Oviedo. I have also walked a fair few long distance trails in the UK, including all of the National Trails in England and Wales, and a couple of long walks in beautiful Scotland.
View all posts by silkakt →
This entry was posted in Uncategorized and tagged kayaking, land of fire, ushuaia. Bookmark the permalink.

1 Response to Walking and kayaking in the land of fire